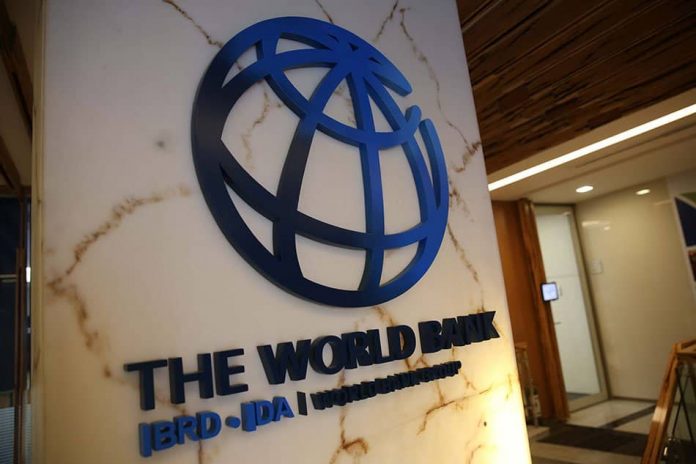 The use of digital technologies in the Philippines is still below its potential, with the country’s digital adoption generally trailing behind many regional neighbors, according to a report released by the World Bank and the National Economic and Development Authority (NEDA) yesterday.

The two agencies said the “digital divide” between those with and without internet leads to unequal access to social services and life-changing economic opportunities.

At 16.76 megabits per second (Mbps), the report said the Philippines’ mobile broadband speed is much lower than the global average of 32.01 Mbps.

In the region, the 3G/4G mobile average download speed stands at 13.26 Mbps, compared to only 7 Mbps in the Philippines.

“Internet connectivity – the foundation of the digital economy – is limited in rural areas, and where they are available, services are relatively expensive and of weak quality,” Ndiame Diop, World Bank country director for Brunei, Malaysia, Philippines and Thailand, said in a statement yesterday.

“Upgrading digital infrastructure all over the country will introduce fundamental changes that can improve social service delivery, enhance resilience against shocks, and create more economic opportunities for all Filipinos,” he added.

The report noted rising use of digital technologies in the Philippines such as digital payments, e-commerce, telemedicine and online education, which has helped individuals, businesses and the government cope with social distancing measures, ensure business continuity and deliver public services during the pandemic.

However, efforts to enhance digital infrastructure in the Philippines are hindered by a lack of competition as well as restrictions on investment in the telecommunications markets, according to the report.

These restrictions include the public utility designation of telecommunications, which limits foreign ownership and places a cap on the rate of return.

The report also identifies the low transaction account ownership, the lack of a national ID, nascent payment infrastructure, and the perceived risk of digital transactions as restricting the wider adoption of digital payments.

Two key entry points identified in the report are expanding the use of e-signatures among government agencies and mandating the acceptance of e-invoices and e-receipts in government transactions.

According to Kevin Chua, World Bank economist and lead author of the report, increasing digital adoption by the government, businesses and citizens is critical, not only to help the Philippines adapt to the post-COVID-19 world, but also to achieve its vision of becoming a society free of poverty by 2040.

“In this society-wide digital transformation, the government can take the lead by speeding up e-governance projects, such as the foundational identification system and the digitization of its processes and procedures, which will help promote greater inclusion, improve efficiency, and enhance security,” Chua said.

“Moreover, the government can take an active role in fostering policies that reduce the digital divide and create a more conducive business environment for the digital economy to flourish,” he added.

The report noted fostering innovation and improving the business environment in the country as critical in supporting the digital economy.

Recent government efforts to speed up the rollout of mobile network infrastructure through a common tower policy are steps toward the right direction, said the report.

“As we are now living with the new normal, the use of digital technology and digital transformation have become important for Filipinos in coping with the present crisis, moving towards economic recovery, and getting us back on track towards our long-term aspirations,” she added.

With the increasing demand for connectivity and internet access, local telecom operators have increased their spending to improve telecommunications infrastructure in the country.

Data from of Department of Information and Communications Technology showed PLDT Inc. and Globe Telecoms are on track to spend over P600 billion from 2015 to 2020.

By the end of this year, PLDT and its wireless unit Smart shall have spent P325 billion and Globe, P292.6 billion.

Globe said it has embarked on a wider and more inclusive builds and rollouts of its cell towers and fiber modernization to close the gaps in areas of the country where connectivity needs further improvement. At least P50.3 billion in capital expenditures has been allotted for Globe’s network expansion and upgrades for 2020.

PLDT has allocated P70 billion capex for mobile and broadband network upgrade this year.
These initiatives placed the Philippines in the top 10 countries in the world when it comes to investments in telecommunications based on the IMD World Digital Competitiveness Rankings of 2020.