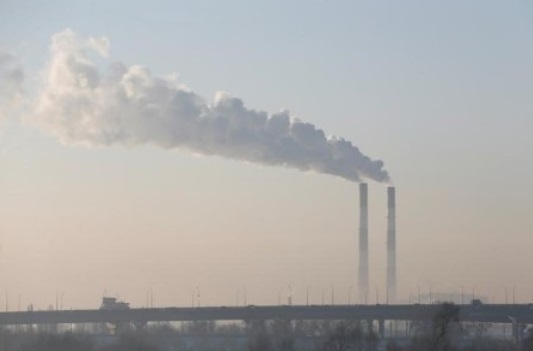 LONDON- Global carbon dioxide emissions fell by 8.8 percent in the first six months of this year, the biggest drop for a first half-year period, due to the effects of coronavius-related restrictions, a study showed on Wednesday.

Research published in the journal Nature Communications by a group of scientists from China, France, Japan and the United States, said emissions fell by 1,551 million tons or 8.8 percent in the first half of the year, compared to the same period last year.

The 8.8 percent reduction represents largest ever fall in emissions over the first half year, larger than for any economic downturn. The drop was also larger than the annual decrease during World War Two, although mean emissions are much bigger now than at that time.

The scientists used data based on real-time activity and analyzed the daily, weekly and seasonal trends of CO2 emissions before and after the COVID-19 pandemic and the economic downturn it triggered.

This spring, governments around the world imposed lockdowns to contain the COVID-19 pandemic which curtailed energy use for industrial production and transport. This resulted in greenhouse gas emissions declining.

Warmer-than-usual weather across much of the northern hemisphere also meant that emissions were somewhat lower than they would have been in the same period of last year. – Reuters