Philippine cargo volume in 2020 dropped by 13.7 percent due to the slowdown in local and foreign trade amid the coronavirus pandemic. 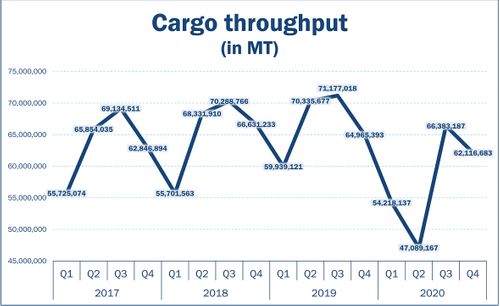 Container traffic fell by 14 percent to 6.76 million twenty-foot equivalent units (TEUs) in 2020 from 7.87 million TEUs the prior year, as both local and domestic container traffic declined by 16 percent and 15 percent, respectively, during the period.

Meanwhile, passenger volume was severely affected by the pandemic as it tumbled by 70 percent to 24.9 million in 2020, from 83.7 million passengers carried in the previous year, due to the community quarantine in place in key provinces.

PPA said passenger traffic has improved since the lockdown imposed last March, from 1.7 million passengers in the first quarter to 3 million in the third quarter and 3.6 million in the fourth quarter of 2020.

In a related development, the PPA recently awarded the contract for the rehabilitation and expansion of the existing passenger terminal building of Port of Calapan in Oriental Mindoro.

PPA said it issued the notice of award to the joint venture of D.L Cervantes Construction Corp. and Orient Star Construction Inc. for the P353 million contract.

“Pursuant to the provisions to the bid documents, the company is hereby instructed to formally enter into contract with us (PPA) and to post the required performance security
in the form and the amount stipulated in the instruction to bidders within 10 days from
receipt of this notice of award,” PPA said.

Prince Harry tells Oprah he worried history would repeat itself