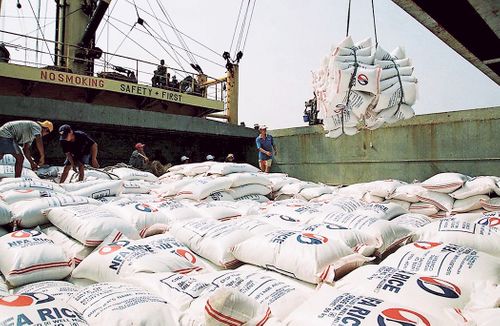 Data from the Bureau of Plant Industry (BPI) showed that as of November 13, a total of 1,923,328.545 metric tons (MT) of imported rice already entered the country.

The group said the lack of realtime and updated rice stock inventory by the Philippine Statistics Authority and the Department of Agriculture (DA) leaves the rice industry “at a loss” on how to make projections and plans for recovery such as project planting intention, sales and purchases.

PRISM also said the DA should allow BPI to resume the issuance of sanitary and phytosanitary import clearance for rice imports to ensure timely arrivals in case of shortfall in local supply.

However, Agriculture Secretary William Dar said that they are not keen on approving rice import permits until the year-end as local stocks are still more than enough even with the impact of recent typhoons.

The agency projects that at present, rice supply will still be good for 88 days by year-end.

Last September, the United States Department of Agriculture (USDA) also adjusted its projection of the country’ rice imports for next year to 2.6 million MT from an earlier forecast of 3 million MT due to the effects of increased domestic production and higher prices from Vietnam.

The country has been the world’s top importer of rice since 2019 with rice imports at 2.9 million MT to this year’s expected 2.6 million MT.

The USDA also said that expected milled production of rice in the Philippines for next year is at 11.7 million MT from this year’s 11.9 million MT.