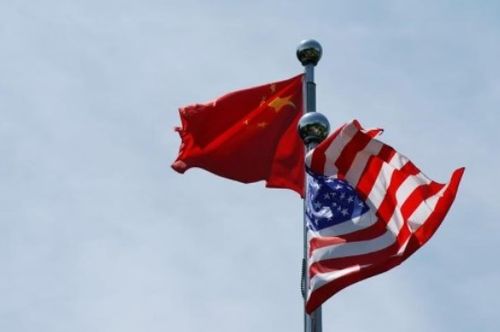 WASHINGTON- US Presidentelect Joe Biden said the United States needed to negotiate with allies to set global trading rules to counter China’s growing influence but declined to say whether he would join a new China-backed Asian trade pact signed on Sunday.

Asked at a news conference in Wilmington, Delaware, whether the United States would join the Asian-focused 15-country Regional Comprehensive Economic Partnership agreement, Biden said he could not yet discuss US trade policy because he had not taken office “and there’s only one president at a time.”

“We make up 25 percent … of the economy in the world,” Biden said of the United States.

“We need to be aligned with the other democracies, another 25 percent or more so that we can set the rules of the road instead of having China and others dictate outcomes because they are the only game in town.”

It also marks a another setback for US influence in the region after President Donald Trump in 2017 quit the 12-country Trans- Pacific Partnership (TPP) trade pact, negotiated while Biden was vice president.

Biden said he had a detailed trade plan he would discuss on Jan. 21, 2021, the day after he is due to be sworn into office.

While TPP members including Japan and many free-trade advocates have expressed hope that Biden would rejoin that trade pact, he has said little about the subject and advisers have said he would not immediately remove tariffs on Chinese goods.

Biden said he had told leaders the United States would approach trade by insisting that Washington would “invest in American workers and make them more competitive,” make sure that labor and environmental interests were represented in any new trade negotiations and stop “poking our finger in the eyes of our friends.”

Asked why he would not comment on plans for trade agreements when he has said he would rejoin the World Health Organization and the Paris Climate Accords, Biden said: “You’re asking me about whether I’d join a specific proposal, the details of which are now only being negotiated among those nations. It would require a negotiation.”

The US Chamber of Commerce said it was concerned the United States was being left behind.

The Chamber welcomed the trade-liberalizing benefits of the new RCEP, saying US exporters, workers and farmers needed greater access to Asian markets.

But it said Washington should not join the bloc.

Myron Brilliant, executive vice president of the Chamber, said US President Donald Trump’s administration had moved to confront unfair trade practices by China but secured only limited new opportunities for US exporters in other parts of Asia.

“Given the shortcomings of RCEP, we would not recommend the United States joining,” Brilliant said, noting that recent US trade agreements had included stronger, enforceable rules on issues such digital trade, non-tariff barriers and intellectual property protections.

“The United States should, however, adopt a more forwardlooking, strategic effort to maintain a solid US economic presence in the region,” he said.

“Otherwise, we risk being on the outside looking in as one of the world’s primary engines of growth hums along without us.”

Brilliant noted that US exports to the Asia-Pacific market had increased steadily in recent decades but that the market share of US firms had declined.

He underscored the importance of the Asia-Pacific market, citing forecasts that call for an average growth rate of over 5 percent in 2021 and a rapid  expansion in the middle class.

So much money for intelligence…