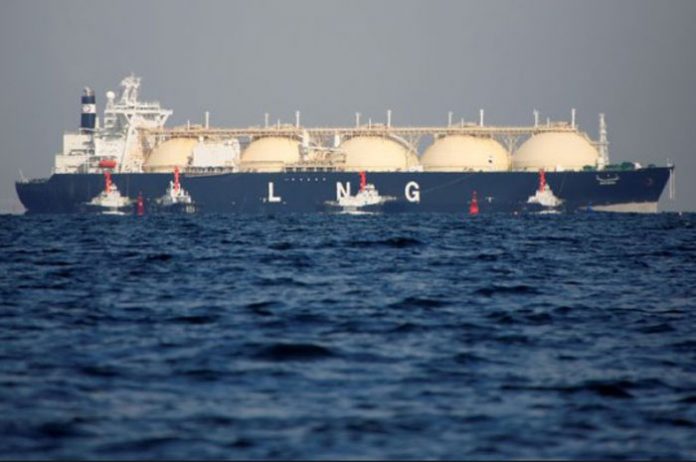 SINGAPORE- Asian liquefied natural gas (LNG) prices have reversed course and are on track to hit their highest since January, when the coronavirus pandemic first hit demand, as sweltering weather in north Asia fans demand just when supply remains constrained.

Major cities in Japan, the world’s top importer of LNG, are experiencing warmer than usual weather this month, with the weather agency issuing alerts against heatstrokes as temperatures soar to records.

As more people turn to cooling strategies, such as air-conditioning, this is expected to boost electricity demand and, in turn, prompt Japanese utilities to draw down gas inventory and possibly import more LNG, trade sources said.

“The Japanese holiday season just ended and investors are expecting electricity demand to come back this week while hot weather is also pushing prices up,” a Tokyo based LNG trader said, referring to electricity rates.

In the last two days, power prices on the Japan Electric Power Exchange have hit their highest this year.

Over the next two weeks, South Korea’s capital of Seoul is also expected to experience warmer weather than usual, data from Refinitiv Eikon showed.

An extended maintenance period at a production train at Australia’s Chevron-operated Gorgon LNG plant has curbed supply and is also supporting prices, as project off-takers could be buying cargoes in the spot market to fulfill contracts, traders added.

That is the highest since late January, when the World Health Organization declared COVID-19 a public health emergency of global concern. Asian spot LNG prices LNG-AS on Friday were estimated to be about $3.70 per mmBtu.

“On top of Gorgon, US and Europe (gas) prices are up, so that also helps to improve the price in Asia,” a Singapore-based LNG trader said. US gas prices hit an eight-month high on Friday as hot weather boosts air-conditioning demand.